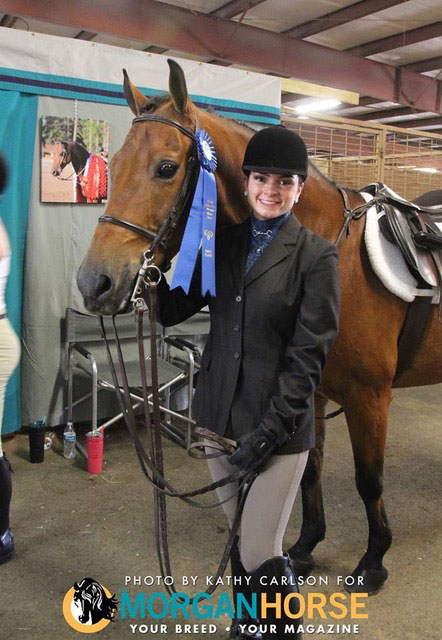 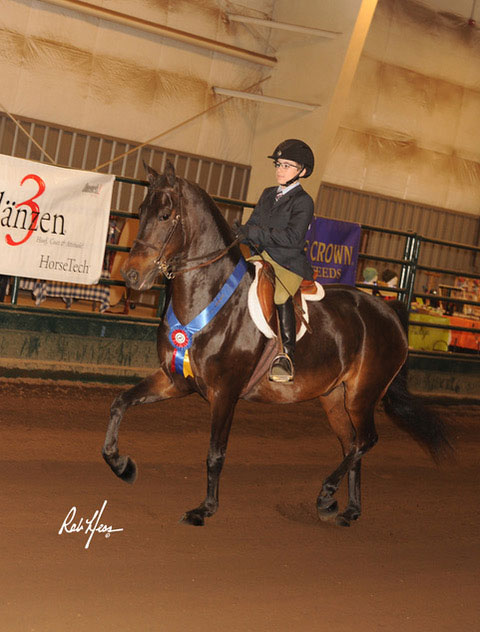 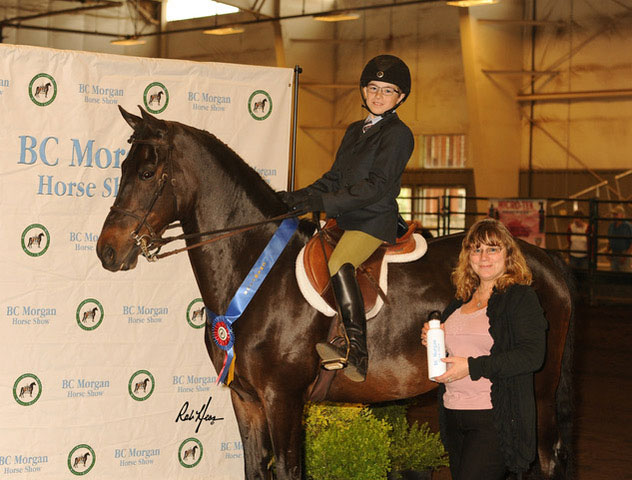 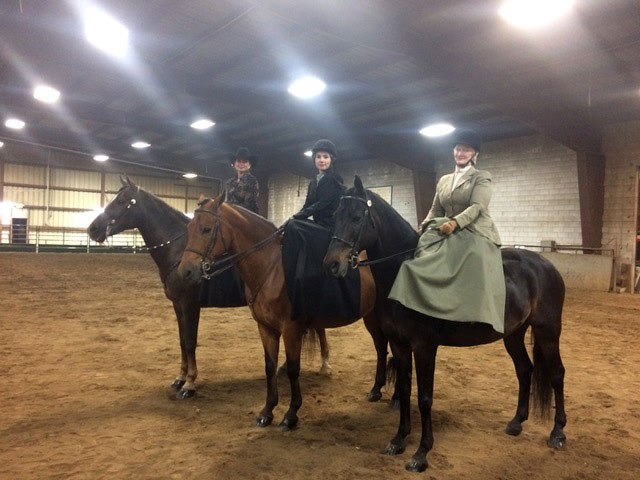 Grace Oman triumphant with Dux Donte.  They were undefeated! 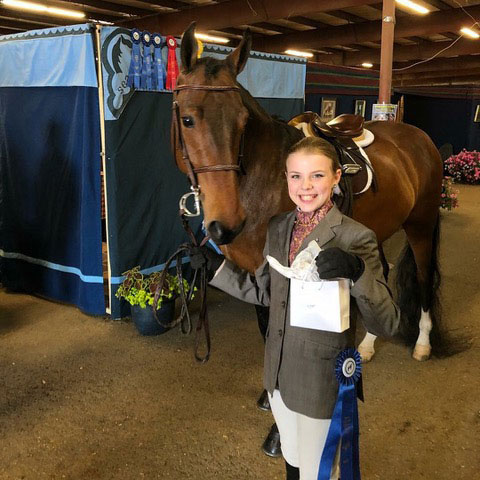 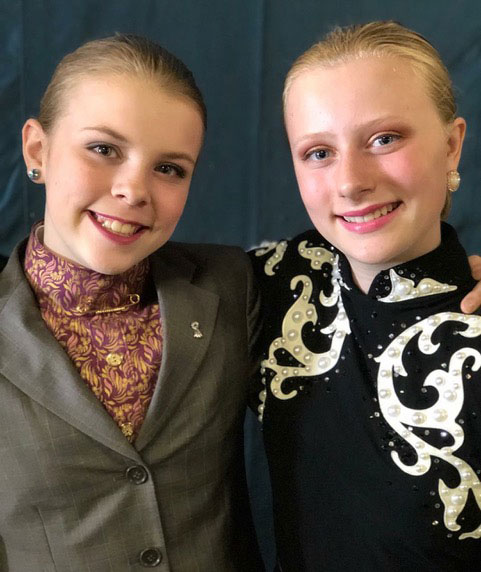 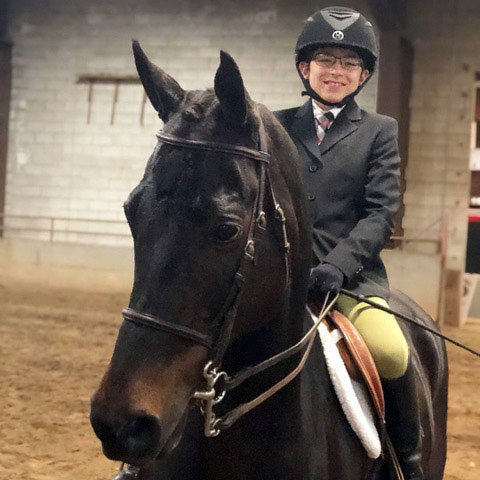 Kendra Wallace winning with Mystic Isles Magician.  They went on to win the Road Hack Championship! 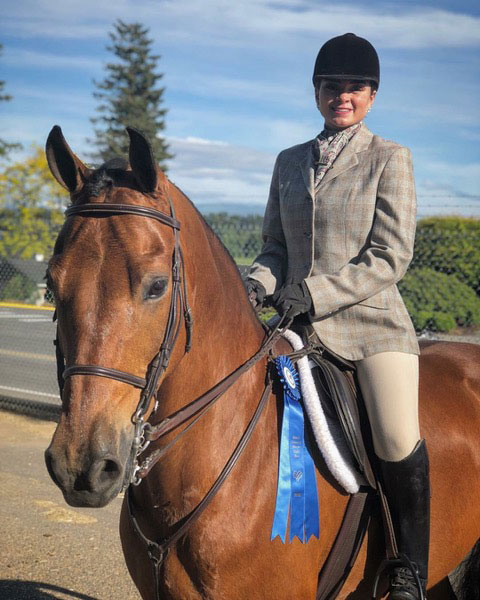 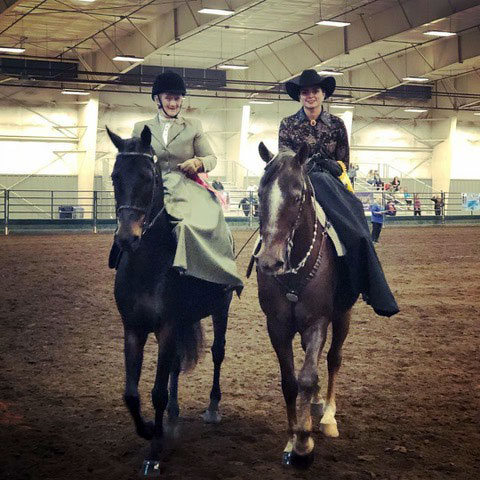 Nikki Stough and Mystic Isle’s Magician, winners of the Side Saddle Class! 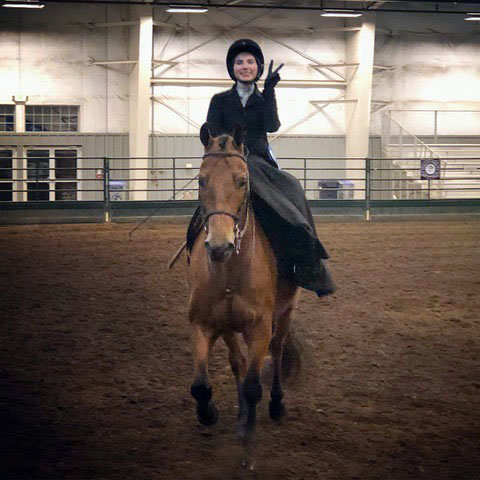 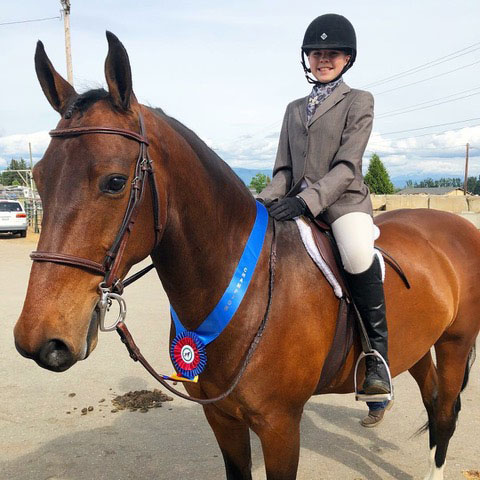 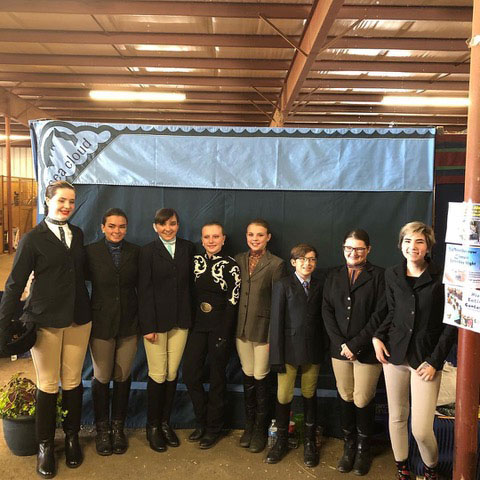 Some of our group pose with awards at the 2018 BC Morgan Horse Show; it was a good one! 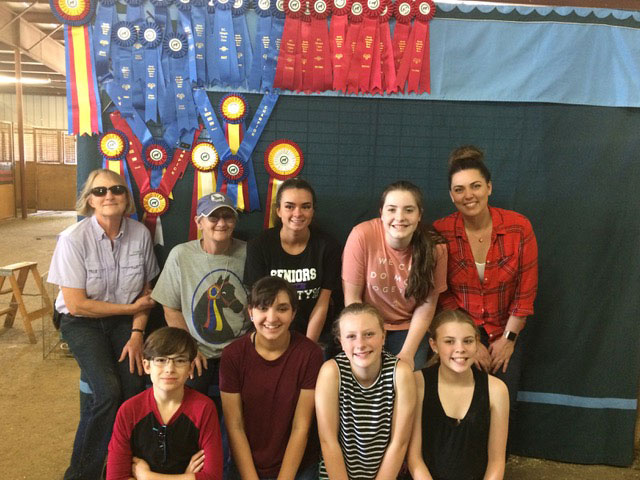 BC Morgan show award wall for all the admire at the barn! 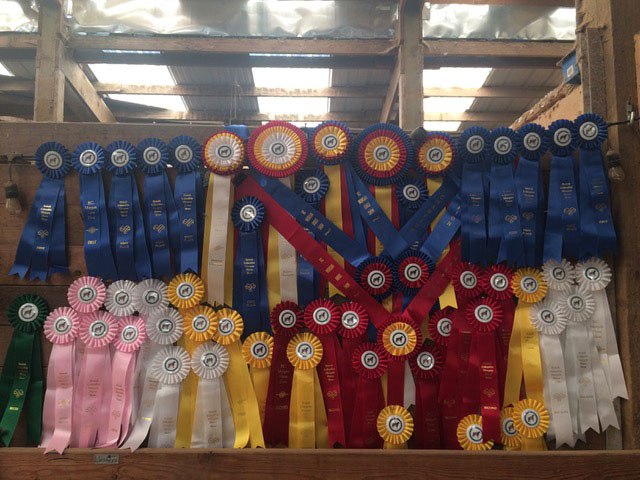